What will the impact of the infrastructure be?
Find out here

Subscribe to get updated on the most recent information from Dave Kolakowski, Associate Broker atMcEnearney Associates

We respect your inbox. We only send interesting and relevant emails.

It’s official: the Amazons are coming! After 14 months of speculation, the odds-on favorite Crystal City was indeed the winner in the HQ2 sweepstakes, but with a twist. Queens, New York will get half of the planned 50,000 jobs that Amazon says it will create over the next ten to twelve years. And in this case, getting half the loaf may turn out to be better than getting the whole thing.

There is no doubt this is an enormous “win” for our area, but there are some possible downsides as well. Understandably, in the immediate aftermath of an announcement of this magnitude, the positives and the negatives tend to be exaggerated. We’re not economists – we’re Realtors®. But we’ve studied the DC market for decades and would like to provide a little context for what we think the likely impact will be in a number of important categories. 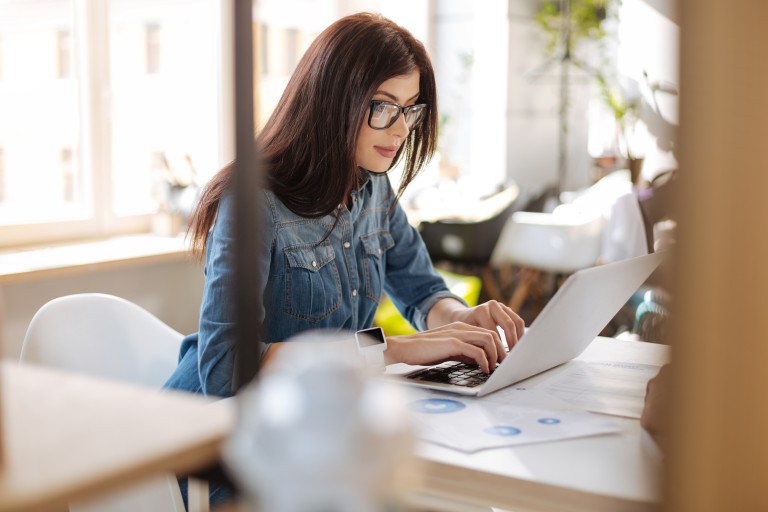 There are some pretty obvious conclusions. Amazon says it will employ 25,000 – and possibly more – over the next decade. There is also a “multiplier” that can be applied, as there will need to be more doctors, teachers, dry cleaners and a host of others to support those new Amazon jobs. We’ve seen some estimates of a 5X multiplier – those 25,000 jobs will spawn another 125,000. We believe, however, it is more likely that the multiplier will be more like 1 to 1.5, meaning that taken together, the direct Amazon jobs and those that will be created will be somewhere between 50,000 and 62,500. Think about the excitement last year when Nestle announced they were moving their US headquarters to Rosslyn and creating about 900 jobs. We haven’t seen the 5X multiplier with Nestle and we believe it will be the same with Amazon. However, any way you slice it, Amazon will be creating some huge numbers.

But bear in mind that the immediate metro DC area organically adds about 40,000 jobs a year to an employment base of over 2,000,000. And it isn’t as if Amazon will plop down those new employees tomorrow – it will spread over ten years or more. If we’re right about the multiplier, it’s a boost of about 10% per year over what we would normally experience with pre-Amazon projections.

A lot of the people Amazon will hire don’t live here now. Let’s assume half of their hires, as well as half of those “multiplier” employees, decide to buy a home. On the high side, that would be 31,000 homes purchased that wouldn’t have happened if Amazon wasn’t coming to town – so 3,000 per year.

There are roughly 68,000 homes sold annually in metro DC, so there would be a 4%-5% increase in the number of sales. After several years of a sustained recovery in our metro area, we have started to see a modest slowdown in the number of sales and a slight easing on price appreciation. Amazon’s announcement will give a boost to that slowing market.

We’ve never seen a company culture quite like Amazon’s here – in Seattle, a quarter of their workforce walks to work. And it isn’t an accident that Amazon chose an area served by three Metrorail stops. Those areas that will see the greatest and most immediate appreciation will be those in walking distance – the condos in Crystal City, Pentagon City and Potomac Yards (all now part of the newly rebranded National Landing) and those older neighborhoods of single-family homes to the west of Crystal City and to the south of Pentagon City. And anything along metro lines will benefit.

We speculate that overall home prices will rise 20% – 30% because of HQ2. A 5% rise in the number of sales doesn’t typically beget price hikes like that. We think it’s more likely that we’ll see appreciation rates north of 15% in the immediate National Landing because there simply isn’t enough supply, and it will be imperative for jurisdictions to allow for more dense development- sooner than later. And while Amazon, Arlington County, the City of Alexandria and the Commonwealth have been working on this long before the announcement was made, we should expect there to be community opposition to this kind of development – because understandably there always is.

Rental rates will rise significantly as Amazon ramps up employment – count yourself among the fortunate if you have a three-year lease on a unit in South Arlington because those with leases expiring soon are going to see that it’s a landlord’s market. 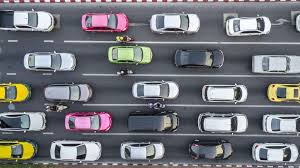 Let’s face it: traffic here can be pretty awful. We already have congestion that is among the worst in the country. And if you’ve ever driven Route 1 from Crystal City down through Potomac Yards, it isn’t pleasant to contemplate even more cars and even denser development. It’s going to get worse before it gets better – but there is hope it will get better because of the infrastructure investments that Amazon and the government entities have committed to making.

And a personal note about traffic: I went to graduate school near Houston, Texas in the 1980s during the savings and loan crisis and the oil bust. For a few years, Houston’s traffic wasn’t bad at all – unfortunately, because so many people were out of work. Bad traffic isn’t all bad. A stagnant economy with high unemployment is far worse.

There’s another aspect to the coming surge in employment that we should address: wages.

Amazon is coming here, in part, because we have an educated workforce, but we’re already at what amounts to full employment. There aren’t a lot of qualified people just sitting idle and the competition for talent, especially tech talent, is going to be more intense than it already is. As Amazon ramps up hiring, wage pressures are going to be significant. This will undoubtedly benefit the region’s economy overall, and qualified current and prospective employees are going to see bigger paychecks. That also means it will be tougher for current employers to hang onto talented people. And it isn’t just tech jobs – we’ve heard pretty staggering numbers that our peer group real estate brokerages in Seattle are having to pay just to hire or retain administrative support personnel for their offices anywhere near Amazon facilities. Companies with relatively low-profit margins and relatively high labor costs are going to feel the pinch. 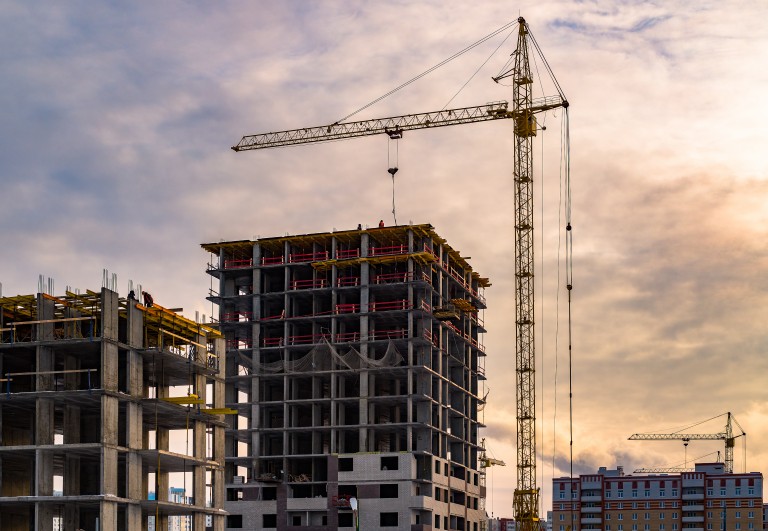 If you run a roofing, HVAC, plumbing or electrical contracting company, or any of a host of construction-related businesses, there will be lots of potential business as the National Landing area builds out. And if you are already having a hard time finding qualified tradespeople to staff your business, it’s going to get harder. If you run a new home construction company, the framing crews and subcontractors you rely on are going to be drawn to the decade-long Amazon projects. And if you are a qualified tradesperson – congratulations. Life just got better for you!

And from an everyday consumer’s perspective, you might have a tougher time or a longer wait getting a new roof or adding on to your home because of the shortage of workers. The market will inevitably solve that, as tradespeople leave other areas of the country to head here to work.

Having Amazon’s endorsement as the co-landing spot for their new headquarters is a huge boost for our region, and not just in the actual economic activity Amazon will generate. Let’s face it: winning feels good. This contributes to the diversification of our economy, to job creation, to wage growth, to consumer spending – and these benefits are by no means limited to Northern Virginia. We’ve long been viewed from the outside as a company town, with the “company” being the federal government. While not everyone will be happy, this helps us become a sort of Silicon Valley East.

We mentioned that getting half the loaf may end up being a better result. Had Amazon not split their HQ2 location, it might have scared away other potential companies and put too big a strain on our infrastructure. We’ll be able to handle the growth more easily, and I suspect the economic development folks throughout the region will not be content to sit back and relax. Apple is scouting locations for their own second headquarters, and we think the locations in Maryland and DC that were pitched to Amazon will look mighty attractive to Apple and others. 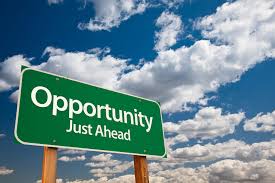 The day-to-day life of communities closest to the new National Landing will experience an unprecedented level of construction-related disruption even as they benefit from the inflow of Amazon and government investment. Amazon won’t win every development and rezoning battle they fight – but they will win most of them. And not everyone will be happy with that. Look at how many communities in Washington, DC have transformed over the last decade, perhaps most notably The Wharf on the Southwest Waterfront. The economic impact has been significant and largely positive – but it has also forced a lot of people to move, who did not have the means to stay in the neighborhoods where they grew up and raised their families. Workforce housing for police, firefighters, and teachers is a problem in every big city, and gentrification of neighborhoods is a daunting public policy issue that’s been around a long time. Amazon didn’t create the problem in Seattle, but their meteoric growth has contributed to the housing issues and the wage gap between “haves” and have-nots.” These are not easy issues to solve or even address in a meaningful way, but they have to be. No one – especially Amazon – wants to weaken the fabric of what made this region attractive to them in the first place.

And that also creates opportunities, especially for education. A lot of the people that Amazon will hire in the years ahead are in high school today, and long before Amazon made their decision our school systems have been rethinking and retooling their curricula to help turn out employable graduates. That’s the best way to narrow the pay gap. On the same day as Amazon’s announcement, Virginia Tech announced their new $1 billion Innovation Campus to be co-located in National Landing. The state of Virginia is committed to doubling the number of graduates with bachelor’s and master’s degrees in computer science and related fields, and that is expected to yield an additional 25,000 – 30,000 graduates over the next 20 years. And it’s obviously not just Virginia – every area is making their own plans and investments. And the whole region stands to benefit.

So . . . should we be happy about Amazon’s decision?

Yes – unequivocally. And don’t think for a second that DC and Maryland somehow “lost.” They didn’t land HQ2, but they’ll benefit in a big way as well. The whole region will.

Want To Learn More About

How HQ2 Will Impact

Be Protected When Buying

Get your home's value - our custom reports include accurate and up to date information.

Subscribe to get updated on the most recent information from Dave Kolakowski, Associate Broker atMcEnearney Associates

We respect your inbox. We only send interesting and relevant emails.

We use cookies to enhance your browsing experience and deliver our services. By continuing to visit this site, you agree to our use of cookies. More info